amichaiDecember 27, 2012WORDComments are off for this post
WORD: A Word a Week from the World’s Best Seller. Follow the Annual Torah Re-Run Series with Amichai Lau-Lavie’s Newest Year-Long Blog. To subscribe via email click here. To listen to the audio version click here.

Death is  big business. Especially, as I have learnt this week, in Israel. 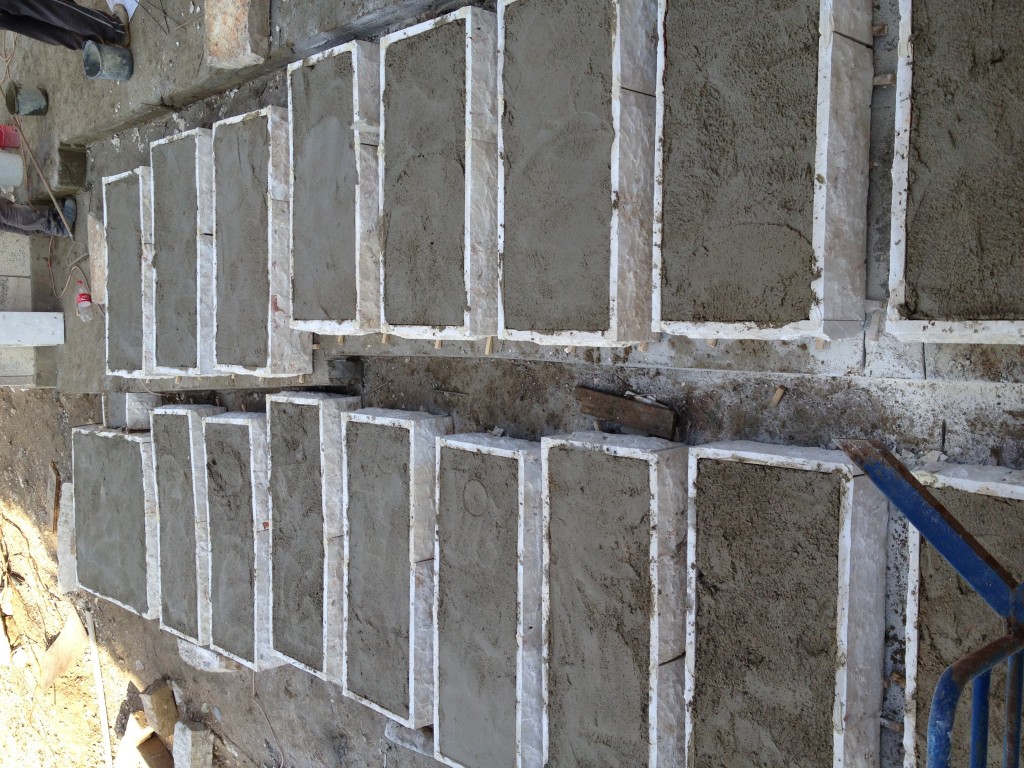 Hundreds of Christian pilgrims on my flight to Tel Aviv on Saturday night, eager Christmas tourists on their way to celebrate the birth of the most famous Jew of all. Somehow I end up sitting next to the somber Jewish family on their way to bury a quite un-famous Jew in Jerusalem. The coffin was in cargo.

We didn’t talk much – I’m not so good at that on planes anyway – but I learned that the elderly deceased was a lawyer, from NJ, father and grandfather, a widower in his late 80’s who had been fragile and ill. They were not really religious, had once belonged to a Reform Temple, and then a Conservative Synagogue, but when the kids grew up only  Mom would still get involved, mostly in the socials. She was  buried in Jerusalem in 2005, and the spot next to hers has been reserved for him. Why Israel? Their son shrugs, it was mom’s idea: they had a rabbi once who convinced them that it was a good investment in their family’s future Jewish education –  his mom used to quote the rabbi: ‘this way, you’ll visit Israel every once in a while – and it’s cheaper than day school.’

wow. Forget birthright – there’s deathright! and it’s been going on for a very long time.

Death is  big business in Israel. Thousands of coffins are flown in each year, mostly Ultra Orthodox or plain-pious Jews who hold on to the mystical belief that those who are buried in Jerusalem will rise first when the Messiah comes and Resurrection happens. The Mount of Olives is top of the line – an average plot in Israel can go for $2,500 – but a good view of the Temple Mount from the Mount of Olives can go up to $50,000! and there’s a waiting list. Several burial companies are making, well, a killing, reminding customers that the Holy Land is the ultimate destination – for about $20,000 total – not including flights and such for the bereaved. Check out this recent article on the reality – with ads by EL AL!

It all comes from this week’s Torah text, Va’Yechi. Every online buy-and-bury site I’ve visited quotes these verses from Genesis as the source for the tradition. Jacob, on his deathbed in Egypt, instructs his children to bury him in Canaan, with his ancestors.  And so he will be  buried in the first piece of real estate to be purchased in the promised land – Sarah’s burial cave. The funeral procession from Goshen to Hebron takes over 70 days. And then he’s home.  Jacob is the first to ask for this last honor. Joseph will follow suit – his bones will be carried by the fleeing Hebrews for forty years of wandering before ending up in the land he hadn’t seen since he was a teen. The Book of Genesis ends with this image of Joseph’s body inside a coffin – like one of those Egyptian mummies we always stare at at the Met.

It’s been a big deal ever since.  For centuries Jews have come here to die. Or be buried.

And when you pause to think about it for a moment – it’s a curious fact and sort of weird. For so many Jews, in past and in present, Israel is an abstract notion, an idea to dwell on, pray towards, more recently – to fight about and maybe visit – but not settle in. Too complicated. But death is safe.  I haven’t checked the data but I wouldn’t be surprised if nowadays more dead Jews come to settle down in Israel on an average year than live ones. I get the Biblical model, the Messianic fantasy, and even the excuse for future Jewish education – but it’s still a little odd – a weird twist on the Zionist dream. One wonders – is this the best use of so much money? isn’t it better spent on actual Jewish education? on a plot that is closer to the family  in Jersey and not waiting for the Messianic Sci Fi fantasies that will or won’t erupt? must we keep on with this fetish?

I get off the plane, say goodbye to the family picking up the coffin at the cargo section of the airport (who knows what’s waiting for them at the hands of the Ultra Orthodox Hevra Kadisha..) and drive up to Jerusalem to see my parents. It’s the Tenth of Tevet, an ancient fast day that has been re-configured and declared in the 1950’s as the memorial day for all those who died in the Holocaust but have no death date or grave. A Yahrtzeit candle is lit in my parents living room in memory of my father’s mother, Helena Chaya who died in 1945 in Ravensbruck, a German Camp. We don’t exactly know when and we know she wasn’t buried. She was 45 years old.

I watch the flame  flicker and think about the old couple from New Jersey, and about Jacob, and the grandmother I had never met, and about our human longing to belong, to call somewhere home, to yearn for connection with the people and places that we are part of – even when we die and decay into something so much larger than it all.  So much of what we do – the pilgrims for this messiah, the ones who wait for the other one  – isn’t about logic or common sense at all.

In this holy land, where graves become tourist attractions and territorial markers of disputes as much as personal memorials, nothing is as quite as it seems. It may be an expensive and irrational choice – but for people such as ours, with such shaky ground under our feet for so very long- it may just be the closest thing to home.

May all the ones who passed ahead, in burial spots marked and unmarked, be remembered and honored and live on through our stories, and our words..