amichaiJune 27, 2013Weekly Torah Blogs, WORDComments are off for this post
WORD: A Word a Week from the World’s Best Seller. Follow the Annual Torah Re-Run Series with Amichai Lau-Lavie’s Newest Year-Long Blog. To subscribe via email click here. To listen to the audio version click here. 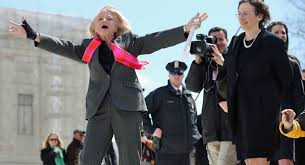 משפט
The turning of tides started, this week, with Wendy Davis.
Davis rose in defiance of the Bible bashing law makers for 13 hours  and helped make history -not just in Texas,  not just for women, and not just for all who believe that abortions are a right, not a sin, but for all of us who care about progress and equality.
Barely had time to digest that when the best news came from DC on Doma and Prop 8.
Edie Windsor, Wendy Davis and so many more stand tall this week, and along with them are  five heroines right from the pages of the Bible, whose story is repeated this week in memory of judgment reversed and human rights dignified and celebrated. When it’s time for justice – sometimes even God is wrong, and the law changes.
There is a famous story in the Talmud about a legal dispute. Two camps take sides, and one of them, led by the solitary Rabbi Eliezer claims to speak for God, even creating magical proof. But the other camp wins. And God, say the rabbis, laughs and says: You won, kids, you won!
Michelle Bachman clearly doesn’t think so, (and to quote Nancy Pelosi – who cares?) but this week, laws of the land, touted by many as God’s words were reversed, in a stunning admission that things can and do change: even God’s mind, as recorded in our laws, beliefs and values.
What has been challenged this week is patriarchy itself – the notion of who is in God’s image, who counts, and what’s sacred. In all legal matters this week, the old word, the old guard got a taste of major change, and God, if one may feel so, laughs within and watches the old structures crumble, and something new emerging slowly to the top.
Even in Israel one could smell the patriarchal old school shake somewhat: The Chief Rabbi Metzger arrested for financial misconduct and sexual advances at men. To quote most Israelis – so what? – Along with compassion for a man clearly trapped in his hidden sexuality and the men who were his victims – and with hopes of healing for all – there’s the recognition here that this old structure – chief men rabbis in black speaking for God and alienating most of us – is in disgrace – is losing its grace and standing.  It will take time – but it’s about time. 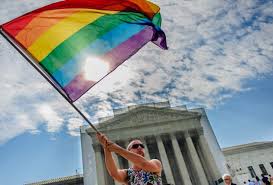 And then there’s the five sisters, named, victorious, in an ancient court of law:
Mahla, Tirtza, Noa, Hogla and Milka, orphaned sisters, descended from Joseph, are getting ready to enter the Promised Land. But as single women they realize that they have no plot, no promised land of their own: that right is reserved for men and their male heirs. They go to Moses, all five, challenge him, he goes to God for judgement, and God rules, quite plainly – they are right, and I was wrong.  You won, kids, you won.
The law changes. Women, as well as men, are now able to get plots in the new land that awaits beyond the river. A biblical Feminist precedent, no less.
(never mind that the verdict will be challenged a few weeks from now and the five sisters will be told to marry their cousins so that the territory stays in the family. For now, lets linger on the triumph.)
Standing up for women’s rights to control their body and block the law that prevents abortions 20 weeks and up, law makers, activists and protesters stood up to power in much the same way, pushed beyond midnight and got it done. Here, too, some next steps may interfere, but for now, lets focus on the courage and the wisdom in fighting for what’s right – and within the system.
DOMA’s demise, ten years in the making, honors the rights of so many of us to love as we do and look God in the eye, as create in Divine image, not second class citizens in any way.
And God loves it. She really does.
And I do care that not everybody thinks so, and that for many June 26 will go down as a day of shame, but right now, for God’s sake – I just want to celebrate the day of pride,  the courage to change, the patience to listen, the humility of progress, and the dignity of disagreement – in the name of law and love.
Mazel Tov America!!! Happy Pride.
Shabbat Shalom.