amichaiJuly 18, 2013Weekly Torah Blogs, WORDComments are off for this post
WORD: A Word a Week from the World’s Best Seller. Follow the Annual Torah Re-Run Series with Amichai Lau-Lavie’s Newest Year-Long Blog. To subscribe via email click here. To listen to the audio version click here. 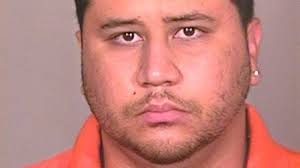 George killed Treyvon. But was it murder?  The court said no, a lot of angry people think otherwise.
Beyond the racial aspects of this case and the rage that’s filing up your facebook page and local public squares, what’s at stake here is what counts or not as murder, or manslaughter or ‘plain killing’. Are the consequences different? Does it matter to those left behind?  Does it matter to the one who did the deed? blood is blood. How do such killers and/or murderers go on facing daily life?
Its a philosophical question but this week it came closer to home.
Two toddlers were forgotten by fathers in parked cars this past week in Israel, mid heat, and died.
Are those parents murderers? How do they go on? One of them is a friend of a friend. It’s shocking.
This nightmare is not just an Israeli problem and the debate about it grows each year. Two children were found dead in parked cars this past month in Virgina and Maryland, added to the terrible toll of 17 kids who died of hypothermia in the USA since Jan. 2013. And the summer isn’t over yet. Official stats  point at an average of 37 fatalities of children left alone in cars per year since 1998.
These are terrible tragedies, and I can’t begin to imagine the grief, rage, shame and remorse that have disrupted these families.  A glimpse of that here: “It was an inexplicable, inexcusable mistake, but was it a crime? That was the question for a judge to decide.”The Washington Post publisehd . this chilling piece in 2009
But I can imagine the context, horrible as it is, and have compassion, as well as pity, for these fathers and mothers whose lives and families, in so many ways, were ruined not because of malice but because of one wrong move. In the eyes of many, and often in their own eyes – they are guilty of the worse kind of murder.
This past wknd I took all three kids to the park, all of them on their wheels: two bikes and scooter. We crossed the street, all holding hands, when C. our youngest, got stuck with her scooter, and panicked, and her brother ran ahead, and there I was in the middle of the road, light changing, cars honking, two kids with me and one ahead, all now screaming, and one wrong hasty move could have been be a mess — thankfully I was alert and calm and not on phone or distracted or too tired, and we caught up and crossed the road and had fun in the park.
I think I understand distraction, and exhaustion, and competing obligations, enough to be terrified of any such horrendous judgement and enough to judge the parents who messed up with a bit more  kindness. Even though it’s still a mystery to me.
Are those parents murderers? Most courts find them negligent, they’ve suffered enough.
How is remorse possible here? forgiveness? Where does such a parent go?
In this week’s Torah text, Va’Etchanan, Moses pleads to enter Canaan but the access is, again, denied. One moment of violence has doomed his entry. he goes on to deliver his final speech to the people, describing what awaits for them across the river. One of the features of the land are the cities of refuge, safe places where those who murdered, under special circumstances, may flee and be safe from revenge or judgment.
“…the murderer might flee there; the one who murdered a neighbour unawares, and did not hate him in the past…”
Dvarim 4:42

We don’t have cities of refuge today, not even Russian airports give shelter for long, let along an actual location where a killer can cool and get a second chance. Prisons? Rehab Centers?
Ashrams?
My heart goes out to all those grieving, every one a victim of the human ability to take a life, with intention or not. I don’t know what will happen with the Zimmerman case, or how to help parents be more conscious of their children, but I pray that we are all able to be more compassionate and helpful should such trajedies come closer to our shore.
This week, now that Tisha B’av is behind us, begins the slow ascent towards a new year, bringing with it the process of self reflection, forgiveness and commitment to a better life. We may not have geographical cities of refuge, but at least we have them in the land of time.
Shabbat Shalom.