amichaiApril 10, 2013generalComments are off for this post
WORD: A Word a Week from the World’s Best Seller. Follow the Annual Torah Re-Run Series with Amichai Lau-Lavie’s Newest Year-Long Blog. To subscribe via email click here. To listen to the audio version click here. 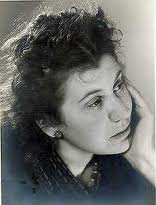 בחוץ
Monday morning,10am, siren pierces the sky –  Holocaust Commemoration Day and everybody stands still for 2 minutes of honoring the victims’ memory.  Not everybody. I stand on my balcony in Abu Tor, right on the border between East and West Jerusalem, see some neighbors, like me, standing quietly on balconies and in their windows, but on the street, walking up from the Palestinian side, are four women, dressed in chic-Muslim wear, ranging in age from 20-50’s, chatting, giggling, ignoring the siren. One of them looks right at me and walks on.
Really? I want to ask them, run after them, inquire. This isn’t just about slain Jews, it isn’t about Israel or the occupation – it’s about women, men and children, millions of them, brutally tortured and killed. It’s about people. It’s about my grandparents, aunts and uncles, countless relatives. It’s about empathy.
If it was the other way around, I wonder, if we were a minority in a Muslim land where a moment was taken to remember a national loss – would all Jews care enough to stand?  Do we care now? Or are the walls that divide us already as thick as the ghetto walls that  split up so many  European cities during WW2?
There are, I’m pleased to know, exceptions. Walls, at times, dissolve, and caring happens.
The night before I attended a unique Holocaust Memorial Ritual, held at Tantur, an ecumenical center, on the road to Bethlehem. Led by Israeli Jews, Palestinian Muslims, and German Christian peace activists, this ritual was based on the teachings of Etty Hillesum,  a Dutch Jewish artist who died in  Auschwitz, leaving behind an extraordinary legacy of art, writings, and spiritual inspiration -dedicated to peace, within and beyond.
During the ritual, Dina, a Palestinian, read her favorite quote, in English and in Arabic. Anya, from Germany, chose hers – translated into German ‘to redeem that language, my beloved language, here, today.’ Nachum, a settler from nearby Gush Etzion, leader of a movement for peaceful negotiations between the local neighbors, spoke about his vision for forgiveness, reconciliation and Hillesum’s faith in humanity’s triumph, despite it all. Many of us wept as they all spoke.
I am perfectly aware that the few dozens gathered in Tantur are, for now, a dedicated anomaly. The rest of us living here are trapped in divisions – mine/yours,  friend/enemy, my pain/your loss, real fences and wall divide us. The boundaries of compassion are all too often withdrawn.
I live  – chose to live – on the border – and as this siren blasted and my neighbors walked on by I felt a wave of rage, hurt, sadness and a growing distance. How can we ever make peace if we ignore each other’s pain? It goes both ways. Few are innocent in this regard.
But can divisions and separations sometimes be essential to heal the wounds? the way a band aid separates a cut from air for times of quiet mending?
In the sacred texts I find a possible remedy, a recipe for healing that demands divisions – of space and time.
This week’s Torah, Tazria Metzora is about healing. Physical discharges, skin infections, mold and other mutilations of normal health to one’s body or home are treated with a mixture of sacrificial remedies, priestly procedures and a heavy dose of faith. Not everybody makes it. The treated victims wait for seven days in seclusion, often outside the camp, beyond the boundaries of norm, as a quarantine that should render health and healing – for all. Divide – to heal.
“For seven days…one  shall dwell alone; outside the camp shall one’s dwelling be. ”
(Lev. 14:46)

This notion of ‘outside’, a health provoked ‘time out’ can easily create a society where lepers are outsiders and those inflicted with a pain are perceived as weak and lesser valued. Other becomes threat, enemy, projection of all fears.
But from the big span of history – it’s a roller coaster. Today I’m outsider and tomorrow it can be you. Victims can take turns on this cycle of venom – or – maybe, sometimes, rarely – get beyond the hate.
Maybe we’ll rise up for each other’s painful moments when we all remember that we were once the outsiders, lepers out of camp, victims, fleeing, fearful, mad.
The work begins within our selves – to judge less, and reclaim more moral ground. Etty, a victim of our terrible tragedy, reminds me, us, of what it’s all about:
“Ultimately, we have just one moral duty: to reclaim large areas of peace in ourselves, more and more peace, and to reflect it towards others. And the more peace there is in us, the more peace there will be in our troubled world.“
Amen.
shabbat shalom