amichaiAugust 8, 2013general, Weekly Torah Blogs, WORDComments are off for this post
WORD: A Word a Week from the World’s Best Seller. Follow the Annual Torah Re-Run Series with Amichai Lau-Lavie’s Newest Year-Long Blog. To subscribe via email click here. To listen to the audio version click here. 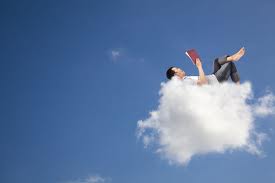 ‘.I met an aeromancer this week. He prefers to refer to himself as  ‘cloud reader

A few of us faeries  were laying on our backs in a meadow, underneath the vast blue skies of Vermont, and there were the clouds and here was a horse, or king kong, and a staircase, and we giggled like children, remembering how we used to this, and forgot, when W., who had been quiet, told us that he does this for a living

So, apparently, not that different than astrology, tarot or other forms of divination,  Aeromancy is the old art of reading the future and interpreting signs that speak to the soul – and for thousands of years there have been those who are gifted by seeing signs in the shapes of clouds.  Some aeromancers look for signs in weather conditions, rainbows, changes in weather patterns, storms, and other atmospheric phenomena

So much of what we do is about searching for order in the seemingly random chaos of our lives. Artists reveal patterns, rituals provide familiar symbols, we seek signs in many places, sometimes blurring sense and nonsense by reading too much into this or that, but sometimes, maybe, not

Aeromancy is apparently an ancient enough form of truth-seeking to make it into the bible – on the top ten list for forbidden pagan practices. It’s an interesting list and cloud-reading is in it, though you wouldn’t know it from the English translation

This week’s Torah text, Shoftim, includes one such list of pagan rituals and it pretty much sums up the occult and new age industries

There shall not be found among you any one that makes his son or his daughter to pass through the fire, one that uses divination, a soothsayer, or an enchanter, or a sorcerer,

or a charmer, or one that consults a ghost or a familiar spirit, or a necromancer

With all due respect to the biblical problems with pagan practices and magic in particular, it’s a muggle mentality that I find limiting.  There are many ways to

access the divine, and our inner soul’s story, tapping into the black box within that holds vital psychic information for our perpetual becoming

So why not clouds. Flimsy, ephemeral, winks from above, as reliable as tea leaves or palms or planetary alignments. As temporary as time

not to mention how clouds are now this reality that is our computer mind, a digital storage space of data and signs and stuff worth and worthless alike

This week begins Elul, the last month of the year, the first real dive into beginning the new year with intention, and focus. Fleeting, like clouds, each of the 40 days that begin now and end the sundown of yom kippur, can, maybe,offer signs, winks, meanings.  What was fun with the cloud-reading in Vermont is that it was playful, and attentive, and like art therapy or the mere joy of play, engaged our deeper being. That’s how I’d like for this Elul to be for me. Present to the here and now, open to the signs – like a cloud.  Like the aeromancers that we are all already

Here’s one beginner’s tip for cloud prophecy: before looking into the skies,  ask a direct question, relax, and allow the mind to accept whatever it sees. Before making out a specific patern, use your imagination to see what might be the connection and do some research into the meanings of different symbols

so do that and/or

join me for prepent! – a 40 day blog into the high holidays. starting today