amichaiApril 18, 2013Weekly Torah Blogs, WORDComments are off for this post
WORD: A Word a Week from the World’s Best Seller. Follow the Annual Torah Re-Run Series with Amichai Lau-Lavie’s Newest Year-Long Blog. To subscribe via email click here. To listen to the audio version click here. 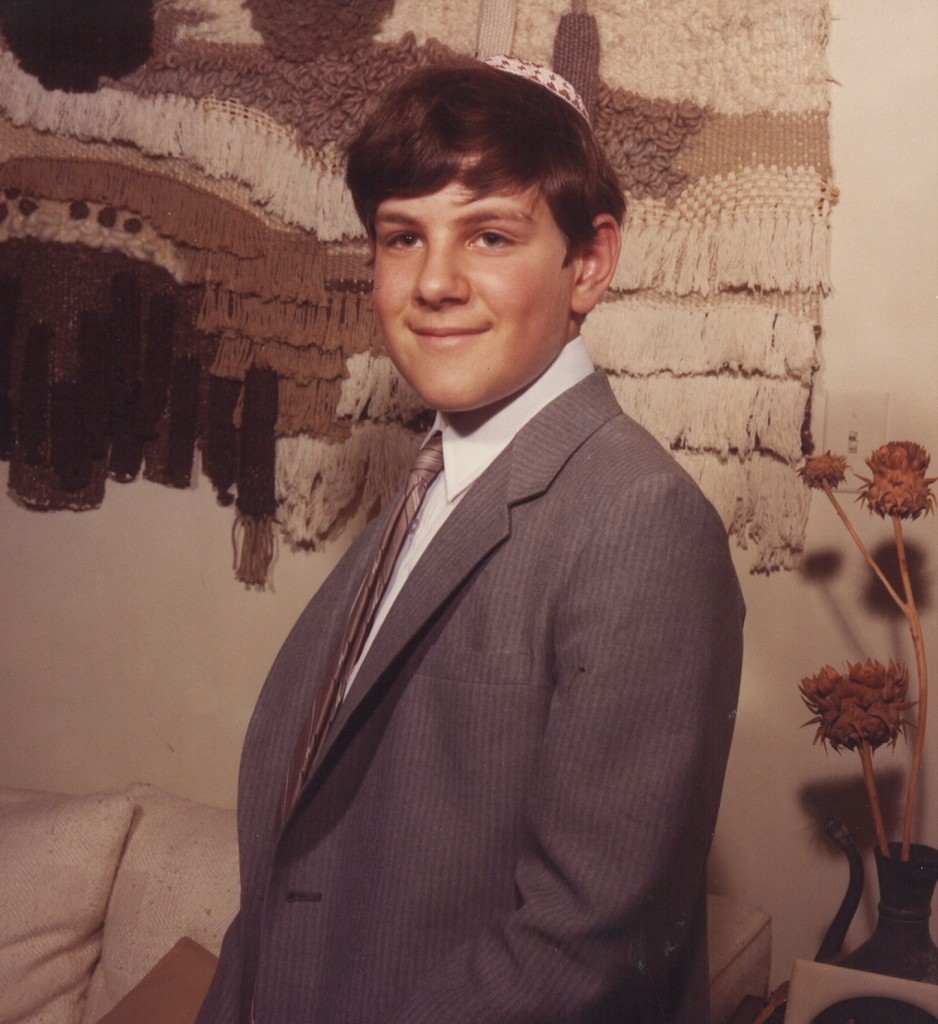 This week marks my 44th birthday, and this week’s Torah portion, Achre Mot-Kedoshim, is the one I chanted, back in 1982, at the Fifth Avenue Synagogue in Manhattan.
This double portion has the mixed blessing of gems such as ‘love others as yourself’ alongside the prohibitions on sexual unions that are deemed abominable- then, and often, still, now.
At age 13 I knew that something was up with my sexuality and I suspect I already knew how to name the love that was not to be named. But I can’t remember what it felt like to stand on that synagogue’s main stage, surrounded by family from all over the world, and chant the verses that suggest that I ought to be executed for the sexual choice that I may or may not have chosen,  already in my mind, blood, or heart, or DNA or whatever.
I think I was aware of some tension but had to smile and wave, bury whatever questions I had deep inside, for a few more years. And so it was.
Recently I was asked to write a personal take on this Torah portion, to be published in an unusual anthology of personal reflections on Torah, titled ‘Unscrolled’. Born out of the reboot network’s creative collective and midwifed by the tireless Roger Bennett, it will feature some interesting takes on ye old five books of Moses, due, I think to be published this coming fall.
I decided to go back to that day in 1982, and put words in my own mouth, 30 years later.
Here it is, courtesy of the editors:

I grew up Orthodox in Israel. By the time of my bar mitzvah—in April 1982—I was living in New York City, a sweet kid in a polyester suit. A little on the chubby side, perhaps. My dark blond mop of hair covered a pimpled forehead.

Being Orthodox had its advantages. Chanting my bar mitzvah portion was no problem. I rattled it off with ease. The problem was the speech. There was so much I wanted to say, but my English wasn’t good enough, and anyway, my speech had been written for me by my uncle, a renowned rabbi, who gave me a tired presentation expounding on the laws of charity.

Thirty years on, I would like to think that if the choice had been mine, and I had been able to summon the courage, this is the speech I would have delivered at the Fifth Avenue Synagogue in Manhattan.

As I write it, I imagine my forty-three-year-old self as a man in a black suit with a trim beard, standing directly behind that chubby bar mitzvah boy and visible to him alone.

Thank you for coming to celebrate with me on this day on which I become a man. Many of you have traveled very far to get here. My parents and I appreciate it very much.

My bar mitzvah portion, Achrei Mot, is about laws and limitations. Laws, I understand, are necessary, because without them things go wrong, and people can get hurt. The portion begins with the reminder of what had happened to the two sons of Aaron the high priest, and how they died by a “strange fire” because they did not observe the law, and were not careful enough when they entered the holy Tent of Meeting.

There are many different kinds of laws in this portion. These laws, I was taught, were given to us by God so that each of us can live a holy life, as part of a bigger, healthy society.

I started learning how to chant my Torah portion two years ago, back when we were still in Israel, from a cassette tape. I played it over and over again to memorize the verses by heart. At first, I didn’t think about what the words meant.

But over time I started paying more attention, and I began to wonder about the meaning of some of these laws, especially the ones about not seeing people naked.

There is a list, in this portion, of relatives that you are not supposed to see naked.

I figured out that “seeing someone naked” was a euphemism—a biblical way to talk about “having sex.” But I couldn’t understand why some relatives are on the list and some aren’t. And I had other questions, also, about some of the other laws.

My teacher, Rabbi Motti, didn’t want to talk about this too much. He said I’d understand when I am more grown up. When I become a man.

And I guess that day is today.

I don’t know if I’m as grown up as my teacher intended, and if I’m really already a man, but as I turn thirteen today, I think I’m just old enough to ask you all a question about these laws, and about one of them in particular that I’ve been thinking a lot about.

The room is stilled. My mother, up in the women’s balcony, is looking at me with a grave, strange look. My father, in the front row, turns to my uncle who is seated next to him and whispers something in his ear. The uncle shakes his head, confused.

After the list of relatives one is not supposed to see naked there are a few other laws that describe prohibited sexual behaviors. One of the laws forbids sex with animals. Another of the laws prohibits sexual relations between men. It’s called an abomination. And whoever does it can be punished by death.

I’m sorry if this is weird, and maybe neither appropriate nor the speech you expected me to make today. But a few months ago, when we walked home from this synagogue, I asked my father what it means to be a man, and he told me that to be a man is to be honest and not be afraid of the truth.

And the truth is that I’ve been thinking a lot about this law, and it makes me afraid and ashamed to think about it and to talk about it, but it also makes me angry and confused.

Today, you say, I am a man. But in fact I think that it already happened.

I think that I became a man almost a year ago, when I kissed for the first time, and felt like a grown-up.

I kissed another boy, a friend of mine, a friend I love.

DON’T LOOK UP. DON’T LOOK UP. My mouth is dry. My heart beats faster than it ever has. I am aware my life will never be the same again. I read on.

I am not an abomination. I don’t deserve to die because of whom I love.

You are all looking at me now, and it’s not pleasant, but I’ve held this secret, this abomination in my stomach, long enough.

If today I am a man, then on this day I tell the truth and face it, like a man. And you, who came from near and far, if you really love me, will love me still, I hope, just the way I am.

I know it’s disappointing to you, my parents and siblings, relatives, friends.

But maybe the Torah does not mean what I’m feeling, because I don’t think—I don’t believe—that God thinks I am dirty, or sinning, or an abomination. Because isn’t that how God created me, in God’s own image, just the way I am?

Today I become a man, and I am who I am, with all of my questions, and doubts, and hard choices, and truths.

I think that’s what becoming a man is all about.

I want to thank you, my parents, for helping me so much in preparing for today, and for being the best parents possible. I’m sorry if I surprised you now, but I hope that you understand. Thank you to my brothers, and my sister, for coming all the way from Israel for this occasion and for always being there for me.

My family are all looking at the floor.

Thank you for listening, and for joining me on this most important day of my life.

I close the folder and dare to look up. Will somebody say something? Someone please hug me. My mother is crying. My father still stares down. Don’t hate me. Please say something.

And there I stand, thirty years later, placing a hand on my thirteen-year-old self’s shoulder and whispering, softly, “It’s going to be all right.”

10 thoughts to “I Am No Abomination:Rewritten Bar Mitzvah Speech, 30 years later. Word #28”