amichaiMay 17, 2013general, Weekly Torah Blogs, WORDComments are off for this post
WORD: A Word a Week from the World’s Best Seller. Follow the Annual Torah Re-Run Series with Amichai Lau-Lavie’s Newest Year-Long Blog. To subscribe via email click here. To listen to the audio version click here. 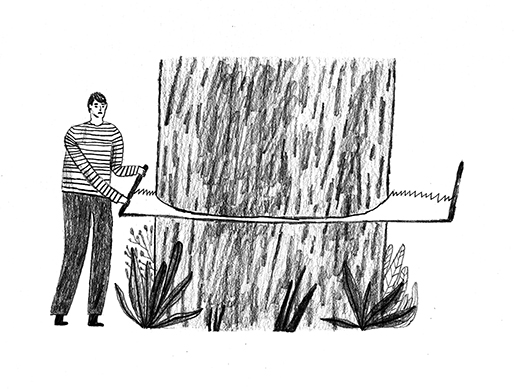 It turns out  loneliness can really kill you.
Judith Shulevitz, in yet another laser sharp article that came out last week in the New Republic, writes about scientific  data  supporting what many of us know, painfully, first hand: the lonelier you are, the more likely it is that you will be prone to physical sickness, sometimes with lethal results.
But there’s something each and every one of us can do about it.
‘Who are the lonely?’ she asks. ‘They’re the outsiders: not just the elderly, but also the poor, the bullied, the different. Surveys confirm that people who feel discriminated against are more likely to feel lonely than those who don’t, even when they don’t fall into the categories above. ‘
I read this article closely, twice, fascinated, personally touched. Thinking about my own lonely days, and those of so many I love. Everyone takes turns. For some its more acute than others.
This may be surprising to some of you, but I get a fair share of the lonely blues, which isn’t quite the same as being alone. I’m certainly not topping the charts and feel no need to be too worried, blessed with friends and family and a busy inner life…but am now more keenly aware of the subtle, almost invisible ways in which I have internalized being an outsider, rejected by some, silenced by others, made lonelier yet, more often than I’d like. So what can I  do about it?
Start off by owning it.
I know I’m hardly the only one among my peers and friends who is feeling this. For so many different reasons. So many different phases of life.
Single friends, for instance, beyond a certain age, both men and women, straight or gay, deal with this, a lot. Divorced, widowed, broken up and not quite found that special someone.
You can feel it on Facebook, at certain hours, certain days.
Sometimes you’d think people would know better, esp. the ones who may have been made to feel this way in the past. The other day I was invited to a holiday lunch where 10 of us gathered. I knew just the host, the other 8 were couples,  who knew each other well, making little room or hearty welcome for the single newcomer their midst. They were super nice, the food was great, but I left there feeling empty. And frustrated and a little sad. Mostly about the lack of sensitivity.
Last Saturday night about 30 of us, mostly Jewish gay men of former or present religious practice, met at my house in Jerusalem with my dear friend and teacher, Rabbi Steve Greenberg, the first openly gay Orthodox rabbi, to celebrate the publication of his important book on this topic – now in Hebrew.
One of the main topics that came up in conversation was loneliness. Even those of us who are out to our friends and families, welcomed at the Sabbath table, are more often than not reluctant to bring home a new boyfriend or partner, rarely invited to share our private lives, needs, emotions.  It doesn’t always feel safe, or welcomed.
This awkward silencing, I know it well, breeds terrible loneliness.

The lack of touch, writes Shulevitz, the lack of being truly seen, will simply chip away at our well being. “The key part of feeling lonely is feeling rejected, and that, it turns out, is the most damaging part.”
We’ve inherited socio-religious norms in which the other is often a problem and sometimes, for usually practical reasons, suspected or silenced or shunned.
In this week’s Torah text, for instance, Naso, the leaders of each tribe are named and counted, each Levite clan accounted for by name and rank. But there’s also nameless: list of  laws for the woman who is suspected of adultery, the religiously-driven ascetic, the criminal – and the leper. This latter, a health hazard, is driven from camp. Lonely lepers, cast out to die.
Numbers 5:2

The Torah has a medical reason for preventing lepers from infecting others, just as this is done today, but the symbolism and its problematic paradigm persist.
A lot of us, and way too often, are made to feel like lepers: different, other, threat, rejected, lonelier at the end of the day. Instead of being loved.
What can we do about it?  Be much more sensitive, much more aware. Loneliness is often times invisible, but we can learn to tell the signs.  Reach out.
This week is international  Homophobia Awareness Day
Just one more opportunity to go out of our way in recognising where a friend or neighbor will love a hug, for no real reason. Just one more opportunity for each of us to take accounting of our own internal drama, private lepers, hug ourselves, as silly as it seems, not be afraid to reach out to others, who may also, when you are least expected, be as lonely as you or they or me.  It’s a roller coaster- we take turns… and it does get better.
Just like what John Lennon said, it’s easy when you try… Me, I feel better already.
Shabbat Shalom