amichaiAugust 15, 2013Weekly Torah Blogs, WORDComments are off for this post
WORD: A Word a Week from the World’s Best Seller. Follow the Annual Torah Re-Run Series with Amichai Lau-Lavie’s Newest Year-Long Blog. To subscribe via email click here. To listen to the audio version click here. 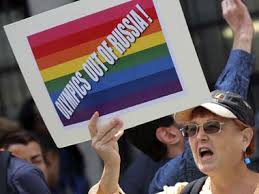 living in a big city like New York means one develops thick skin. Not every scream out there in the street in the middle of the night will get me out of bed to see what’s happening, and not every homeless person on the street receives attention, smile, or coin. Petitions, pleas, ‘just 2 minutes of my time’ and other good intentioned calls for help or world salvation sometimes go ignored. Good or bad, it’s a survival thing and one learns to be present to what shows up in ways one can and hopefully be as sensitive as possible to the needs of others, near or far. Online living means that the world is smaller, more of us know about things that go on in faraway places to people whom we may not know at all and have very little to do with, and yet, in many ways great and small – we sometimes care enough to like, comment, protest or actually do something about it – whatever the it may be.

Sometimes ignoring a problem that is going on is simply not possible anymore.

Like what’s going on to my gay and lesbian brothers and sisters in Russia. And the mess erupting with the winter Olympics, including the  most recent and upsetting response of the Olympic Committee – threatening to fine any athlete who will protest Russian’s anti gay laws.

I’m not sure what the right approach is – boycott? Call for a total ban that folks like Stephen Fry suggested?  Show up and protest at any cost?

Much has been spoken and written already on the 1936 Olympics in Berlin that went on, business pretty much as usual, tongues clucking, while Dachau was already working overtime.

Most were silent and ignored what was going on.

After the war Heidegger was asked why he remained silent during the extermination of the Jews. He replied by equating post-war Soviet treatment of East Germans with the Nazi treatment of the Jews, defending himself and others by claiming “ the bloody terror of the Nazis was in fact kept secret from the German people.”

I’m a son of a Holocaust survivor, and a proud gay Jewish man, privileged to live in a big city that enables me to do as I wish while I hurt no other.  I am a student of Heschel, who marched in the South.

This legacy   and my personal privilege require me to more acutely aware of the plight of my people,  and all people, then and now. I may not ignore the call for human solidarity and for the right fight for human dignity, compassion and equal rights. There are other issues at bay, for sure – bigotry, racism, occupation and religious-fueled hate in many places around the world, including my own backyard.

But sometimes a voice is heard in the middle of the night, louder than others and can not be ignored.

Even if it’s a language I don’t understand.

This week’s Torah text, Ki Tetze,  proscribes a recipe for civic co-existence and a better society by introducing the first ‘Lost & Found’ . It’s simple – if you find something that belongs to someone else – don’t ignore it. Go out of your way to return the loss. If it’s an animal, keep it until you are able to return it to the owner. And if you see a friend in need, or even a stranger – stop to lend a hand. Do not ignore.

It’s not that the Torah is a perfect bill of human rights. The next verse prohibits cross-dressing as abomination, stopping just short of capital punishment for said crime. Just what Putin needs to hear. But we, modern readers,  get to choose, and focus, ignore this law – but not ignore the other one just one verse earlier, that really resonates to us today. The Torah may not be into blurring gender boundaries, but our reality, for the most part, is not that harshly drawn. When it comes to the laws of love your neighbor it should make no difference who that neighbor loves.

Putin’s Russia has opened a pandora’s box of venom and violence that can not be ignored and should not be condoned and supported. That includes participation in the Winter Olympics. I know, sucks for the athletes, but isn’t our human responsibility to each other more precious than bronze, silver or gold??

Spilling Russian vodka aside: What’s the best way to go about this fight? I’d like to read your options. Thank you.