amichaiJune 6, 2013general, Weekly Torah Blogs, WORDComments are off for this post
WORD: A Word a Week from the World’s Best Seller. Follow the Annual Torah Re-Run Series with Amichai Lau-Lavie’s Newest Year-Long Blog. To subscribe via email click here. To listen to the audio version click here. 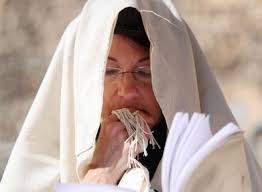 We tried different slogans for the protest: “Everybody’s Equal!”, “No More Mo!”, “Enough Already!” A kid sitting in the front put down his copy of Harry Potter and started shouting ‘“De-mo-cracy!” (This is all in Hebrew).  And while we were having a good time translating the old Torah tales of protest for our own realities, angry protesters were taking to the streets of Turkey with slogans and fists and demands for change.

This was this past Shabbat, in the shady courtyard of the Democratic School in Pardes Chana, a smallish city in the North, where 50 people gathered for a cozy afternoon of singing, eating and storahtelling – under the auspices of Darchei Noam – a new Masorti/Conservative congregation to this area.  We brought out the Torah and I translated verse by verse, storahtelling style, acting the story out and inviting the crowd to step into the shoes of ancient rebels and leaders and try to figure out what’s really going on and what can we learn about how to or how not to protest injustice. I was unplugged for shabbat and didn’t know that at the same time the protests were starting to grow in Istanbul and Ankara. But it’s not like all the people sitting there haven’t tasted public protest – even the kids. Recent years have seen a lot of them, everywhere, and also in Israel.

The text we read was Korach – this week’s Torah portion, Mose’s cousin, for whom this portion is named is traditionally  considered to be the bad guy, challenging, arrogantly,  the authority of Moses and of God. The protest that he leads ends with a mythic massacre, a miracle: the earth opens up to swallow him and all his followers.

But the more I read into what I think he was really doing the more I think he wasn’t all that wrong. His protest is the demand for equality in leadership, redistribution of power and wealth, and more access to the Divine.

Of course he ends up in a pit. This history, too, is written by the winners.

The Women of the Wall are called ‘Arrogant Procotours’ by pious protectors of the Status Quo and similar names by top government officials and rabbis; the Turkish Prime Minister named the protesters – a cross section of Turkish society – ‘terrorits’.  The 82 year old ‘terrorist nun’?

There’s more to this than meets the eye.

Some of sages also had a soft spot for Korach  and crafted careful rendering of his saga.  There is this one Midrash – a legend from the 5th century CE, about what sparked the Korach revolt: A blue prayer shawl.

In the text immediately preceding this story, Moses commands the people, on behalf of God, to start wearing shawls with fringes on them, one blue fringe on each garment corner. The midrash links the stories, giving Korach the didactic skills of a Talmudic sage and the showmanship of a modern day performance artist.

Korach, in consult with his wife,  creates 250 shawls, all of blue fabric, and attaches fringes to all corners.

He stages a protest with 250 leaders from the community all wrapped in the shawls, in front of the Big Tent.

And then Korach challenges Moses to a duel of words – with a legalistic question:

But Korach disagrees. ‘You were not instructed these laws by God. You made it up” – he accuses Moses in an early example of Hebraic religious conflict.

And it’s all downhill from there. Either the content of his protest or the way in which he framed it or both – there is no room for opposition under God and Moses.

This coming Sunday, June 9, is the New Moon and that means back to the Wall for a morning of prayer – and protest. Sparked by prayer shawls, worn by more than 250 leaders of the community – all women this time, a big movement and moment has erupted – calling attention to an uncomfortable and important battle for justice, dignity and the change of the status quo at the Western Wall – and in all walks of Jewish life.

The Women of the Wall are about as much liked by most Orthodox keepers of Judaism as Korach himself. Ovadia Yosef, the leader of Shas, announced that he will attend,health permitting, on Sunday with 100,000 protectors of the faith.

Protester and protectors alike are both chanting the old words of Korach:

The protest in Turkey was sparked by the refusal of a few young people to see trees uprooted in the the public park; Korach started with a blue fringe. Here in Jerusalem, prayers shawls are again the symobl of all that is sacred and all can stifle the life of the soul.

Korach didn’t win. His story survived to remind us of the right to challenge authority – but also how to do it smarter. and succeed.

I hope that this coming Sunday will offer more prayer, less protest, a step towards respectful co-existence and a bit less hate. I’ll be there, with an all blue prayer shawl, and a slogan turned prayer: enough is enough.