amichaiJuly 30, 2015generalComments are off for this post
This past Saturday night Jews worldwide marked Tisha B’av, the saddest night of the Jewish year, recalling the historical destruction of Jerusalem, and other events of mass exile and loss throughout the ages. Sinat Hinam – needless hatred – is what our sages blamed for Jerusalem’s demise.
This evening in Jerusalem, needless hatred is back. Six were stabbed while marching in the city’s Gay Pride Parade. The attacker, an Ultra Orthodox man was released from jail recently for the exact same crime back in 2005. 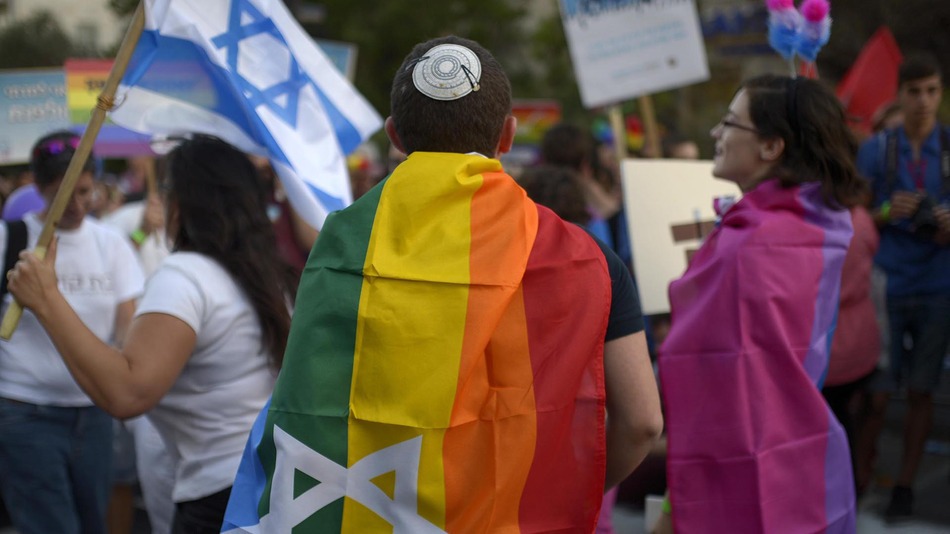 Who knows why and how this man’s soul became so tortured with this hatred of the so-called abomination.
The only abomination in this story is the needless hatred. The silence of rabbis and leaders that does not speak up against these forms of hatred is complicit in these horrors.
I was planning to be there  and I’m now waiting to get updates about the wellbeing of friends. Names have not yet been released.
My brother, Rabbi Benny Lau, spoke at the rally and called for dignity and acceptance for all. My cousin, Israeli Chief Rabbi David Lau, publicly condemned the attack.
Those are good starts. We are privileged to have many bold and brave leaders speaking up against homophobia and violence.
But must we wait for these recurring attacks for these voices of tolerance and acceptance to speak up?
I expect that the Chief Rabbis of Israel and Jerusalem, as well as other leaders of the Orthodox and Ultra Orthodox community will go visit the wounded in the hospital as soon as possible.
Remember Princess Diana actually touching the hands of AIDS patients and changing the public discourse worldwide?
That’s what LGBT Jews demand and deserve at this moment in Israel. The accusal of abomination, the refusal by many to even have a public conversation about our lives, loves, shame and pride – is part of the problem and it’s time for the solution. Our lives and loves are sacred. We were all made in the Divine image and diversity is holy too.
A full moon rises tonight, raising with it the ancient holiday of Tu B’av, dedicated to love. All sorts of love.
I pray that all those wounded in body and soul are healed softly and fast, and that pride, love, compassion and patience are further preached, talked and walked in Jerusalem and all over the world.
May a roof of peace be spread over Jerusalem, Israel and our entire world.