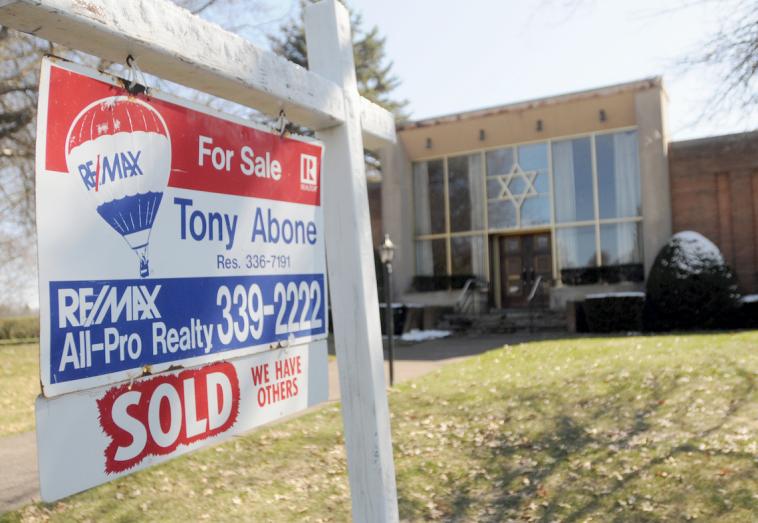 I don’t go to church much. It’s more likely that you’ll find me at a synagogue. But there, also, rarely on a weekly basis.  Based on recent research – I am part of the growing trend among liberal American  Christians and Jews under 50 who are losing their religion. Or at least the religious norms of yore.

Fewer of us (and that includes the president)  frequent houses of worship regularly these days, and as a result more of these sanctuaries are closing down. Or maybe it’s the other way around? We stopped going because so much of what goes on in so many worship settings seems outdated and unattractive in our fast pace digital reality. Although 1/5 of Americans are atheists, according to recent Pew studies, the issue for the rest of us is not so much theology as sociology: The assumed affiliations with a local religious institution that were a social given just two generations ago no longer bind us.  Yet for many, the search for real community and a connection to the sacred continues. The problem is often in the packaging and distribution of the so sought for spirituality.

According to some studies, an estimated 10,000 churches closed down in 2013. And while I’ve not been able to get actual numbers for synagogue shut-downs in the US, a flurry of recent articles portray this evolving Jewish trend in vivid and sad detail, as communal leaders wring hands, point fingers, and search for solutions.

Just last week, Rabbi Joshua Ratner published a moving requiem for a suburban shul, detailing the death of his Conservative congregation in Connecticut. Self labeled as a ‘canary in the coal mine’, he cautions that this “will be an increasingly frequent phenomenon in American Jewish life.”

Ratner’s  concerns are  shared by many clergy and lay leaders. As a rabbinical student and the spiritual leader of my own congregation I am paying close attention to the emerging facts, and am saddened to read of this congregation’s extinction. But I am also  puzzled by the lack of information Ratner delivers about what went wrong – and what process could have been utilized to fix the problems. Were the pews too uncomfortable?  the liturgy too long? membership too expensive? demographic changes too vast?  Congregants were sent to find new spiritual homes in nearby communities, Torah scrolls were sold, and beautiful tributes and rituals conducted to say farewell with dignity. But could it have been turned around? Are dying synagogues and churches capable or worthy of resurrection?  And if so -how?

Each case is unique and circumstances matter based on socio-economic realities. But as a Jewish educator who has spent the last twenty years in the service of the community, the last three years in rabbinical school,  and the last two years in the co-creation of a new experimental congregation in Downtown NYC I am convinced that that resurrection is not only possible – it is critical, and doable. But not without real costs to the cherished ways we were.

In the next few years, more sanctuaries will be sold because of shifting demographic needs and more congregations will merge or dissolve, but the responsibility of the greater community is to keep on researching, developing and experimenting with new delivery systems that will recreate and  celebrate our ancient ways for this digital age. Mourning is important, but moping is not.Nothing less than radical shifts in how we shape our sacred centers  will reboot  the  gloomy projections that dominate the current landscape of faith in modern day America.

There are, thankfully, more than a few thoughtful radicals helping to reshape religious life all over the world. I am privileged to have mentors and partners from sea to sea here in the US – primarily Jewish, but also Christian and Muslim. From B’nai Jeshurun, Romemu, City Lights and Faith House in NYC, to LA’s Ikar, Chicago’s Mishkan, Seattle’s Kavana, San Francisco’s Glide and The Kitchen,DC’s Sixth and I – religious resurrection is a growing reality for many thousands of seekers. These are but a few of the more striking examples of bold attempts to make mindfulness, social change, communal care and artistic expression the building blocks of new and improved spiritual Congregational life. Some of these communities started from scratch but others are incubated within  existing religious infrastructures.  The resurrection’s on.

This week I have the honor of celebrating the first successful year of Lab/Shul – the congregation I founded with friends and fans in Tribeca. Lab/Shul started as a theater company, organically and eventually morphed into a community of artists – and has now blossomed as a congregation of like minded spiritual seekers from all over the Tri-State area. Committed to radical review of everything sacred and the resurrection of the essence of our legacy- this lab is a collective attempt to keep up the relay race of  transmission of sacred technologies and values from one generation to another. We are committed to trying everything that will work better for our bodies, souls and minds – where and when and how often we meet for worship, what sort of liturgy we use, how we learn, alternative and multiple sustainability models, being truly everybody-friendly, integration of digital access. Nothing can be taken for granted as we work to update a 5000 year old religion and co-craft the public context that will enable each and every one of us to better process our private lives.

Can the emerging trend of  creative congregations win over the grim reality of so many sanctuaries shutting down? I think it can – but only if we listen carefully to what’s really going on in the hearts and minds of modern seekers – across the religious spectrum.  A recent Huffington Post article that made the rounds cites stark statistics on the closure of churches and offers seven trends impacting religious  decline. They’re identical for Jews: Demographic changes, technology and the free market, uninspiring leaders, false promises of welcome to all  – these are but a few of the trends that are reshaping our religious lives for worse – or perhaps – for way better.

I’m excited to learn from all sources about the vital role of spirit in the task of self improvement and the care for a better world for all. One of the privileges of these times is unprecedented interfaith dialogue between leaders and communities. We are all in this together – and have to learn from each other. Even the Vatican gets it. Last week Pope Francis hosted an interfaith prayer for peace in his Roman garden – attended by Israeli and Palestinian presidents and dignitaries of all three monotheistic religions. These days, even the pope gets the need for radical resurrection of what matters most.

“The old will be renewed, and the new will become sacred” wrote Rabbi Abraham Issac Kook, an early 20th century mystic with a firm grip on reality and visions that were perhaps ahead of his time. Is this the time for the religious resurrection? If not now, when? All that’s left for us to do is to keep on rising to the challenge.

Related Articles
Announcing ALEF-BET: Basic Building Blocks of Jewish Life in 22 Sessions
Today We Are All Dreamers
The Final 5 Words from the “Toracle”