amichaiOctober 25, 2012WORDComments are off for this post
WORD: A Word a Week from the World’s Best Seller. Follow the Annual Torah Re-Run Series with Amichai Lau-Lavie’s Newest Year-Long Blog. To subscribe via email click here. To listen to the audio version click here. 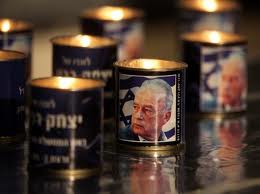 Driving through Jerusalem last night with out of town guests I point out landmarks: Here I lived and loved, this is where the bomb went off, see the hidden shrine. For natives and tourists and pilgrims alike some spots are holier than others, some attractions more popular or less. All of Jerusalem is one big sacred site, dotted by plaques and monuments, and in the middle of it all is the holy mount, and on its summit, shining gold, is the ancient altar, covered by layers of faith.  Noah, they say, built an altar here, Abraham almost offered his son.
This week’s Torah text,  Lech Lecha, is full of altars. Abraham, leaving his family’s estate in Mesopotamia to  what will become the Hebraic homeland, pauses on his journey  to mark milestones  – again and again, he builds on altar. Altars are slaughter sites – stone structures where sacrifices are offered to the local deity, food shared and smoke rising – a vertical connection between heaven and earth: the nameless spot becomes a known location: You are here now.
Two altars are on my mind this week, both connected not by space but by time.
This coming Saturday night marks the 70th anniversary of my Grandfather’s murder. Rabbi Moshe Chaim Lau was gassed to death in Treblinka – that terrible altar of so many sacrifices, along with one of his sons, and his entire congregation. He was the last rabbi of the town, and according to survivors he led his flock to death holding a Torah scroll and chanting the S’hma and Kaddish. This coming Saturday night our extended family will gather in B’nei Brak to welcome a new Torah scroll into my uncle’s Yeshiva. 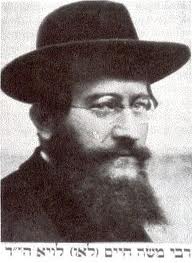 17 years ago my grandfather’s yahrtzeit was also on Saturday night and in my home in Jerusalem I lit a candle. That was the night on which Yitzchak Rabin was murdered, in the Tel Aviv square now named for him. Spontaneous altars rose all over the country, countless candles lit.
A Rally will take place in Rabin Square this Saturday night – we will vow to never again tolerate this hostile violence. I hope to be able to attend both of these events.
Abraham’s altars lit the fires and the smoke still rises, connecting heaven and earth, private and public, past and present; candles will be lit by that fire and memories ignited: we are here – still here – always, and now.  These altars are not about location – they, like memories, exist beyond.
זכרונם לברכה
shabbat Shalom