amichaiJanuary 31, 2013Weekly Torah Blogs, WORDComments are off for this post
WORD: A Word a Week from the World’s Best Seller. Follow the Annual Torah Re-Run Series with Amichai Lau-Lavie’s Newest Year-Long Blog. To subscribe via email click here. To listen to the audio version click here. 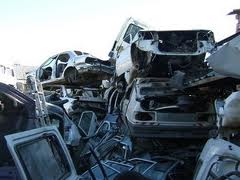 My car was stolen yesterday. Right in front of my apartment building in Jerusalem – in the middle of the night, under the blanket of heavy rains.
I’m taking it personally though I know I’m not alone. Every 25 minutes a car is stolen in Israel, with higher numbers in Jerusalem and Tel Aviv: Over 23,000 cars stolen in 2012 (just a little less than SF). I’m now supporting the grassroots economic initiatives of the borderline Palestinian Israeli economy – whatever chop shop Bernard ends up in. But I’m grateful for the complete insurance that should take care of most of it, and impressed by the efficient and speedy process handled by the Jerusalem police.
But it’s a shake up. It will still end up being an expense, and I had some good cd’s in the glove compartment, and mostly – the  theft leaves me with  a sense of violation, somewhat vulnerable and unsafe, looking over my shoulder with suspicion. It shakes my trust, and reminds me of some sad basic realities that refuse to go away even if most of the time we pretend not to notice. And it’s not really about the car – it’s about the breach of boundaries, the blurring of private and public, the blunt and blatant truths of crime and chaos erupting through the fragile web of laws and systems that regulate our lives – most of the time.  Once anything is stolen – a book, pencil, car, worse – the delicate balance of co-existence is ruptured and the cracks in the semblance of order threaten the very foundations of what is – toss up faith in gravity, human kindness, justice, law.
And that’s why, I guess, the anti theft law in one of the The Ten Commandments that appear in this week Torah text, Yitro. It’s so basic a rule that can even be found  among the seven Laws of Noah.
It’s right up there with murder and lust and the fences that make for good neighbors and a civil society. It’s just too bad that it’s still a major problem. The fact that this command is as old and sacred as it is only reminds us that it was always there because there’s always been this problem  and so little has changed. In all societies, among all races.
There are some rabbinic texts that suggest that God offered the Torah to some other nations first but they all declined precisely because of the prohibitions on theft and murder. The Hebrews, however, said yes to the whole package and got all ten.
Well, whatever. Everybody I spoke to in the last 48 hours about the theft suggested that it was a local Arab gang that stole my car, but there’s no proof or evidence. Jews steal too, and the many senior Israeli government officials on trial in recent years for any number of thefts are but one example. It’s a bigger system. People steal for many reasons – need or greed or both. One way or another there’s always a victim and it always hurts.  What would it take to have a society with less theft? How can we all have more respect for each other and for what we own and who we are? Regardless of what and how much we have?
There’s this Sufi saying ‘Trust in Allah but tie up your donkey’, which I usually translate as ‘Have faith and lock your car.’
And when that fails? Try and try again…lock it better, and hope for the best, and drive on.  You can steal my stuff – but not my spirit.
Shabbat Shalom