amichaiMarch 20, 2013Weekly Torah Blogs, WORDComments are off for this post
WORD: A Word a Week from the World’s Best Seller. Follow the Annual Torah Re-Run Series with Amichai Lau-Lavie’s Newest Year-Long Blog. To subscribe via email click here. To listen to the audio version click here. 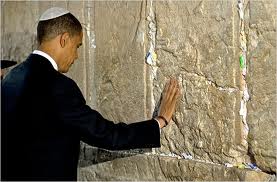 תורת
Loudspeaker carrying police cars woke me up on Wed. morning with instructions about our roads closing for the 48 hours. Who  thought it’s a good idea for Obama to visit Jerusalem 4 days before Seder? The city has already been semi blocked off for two days, and with all the holiday prep in high gear-  – complex driving arrangements are not adding to the passover pressure. How the hell am I supposed to go get the fish meat  etc.  from machne yehuda market downtown on Friday morning with a motorcade crossing through town twice in each direction?? Not to mention that the West Bank is virtually cut off.
Ok. relax. we’re used to this. This is no Pharaoh. It’s the President. And besides. Holiday stress is as part of the ritual as the holiday feast, with no Jewish holiday more OCD than this one. Chametz/spring cleaning, Seder cooking, who’s coming or not to Seder situations and dramas, precursors to the big night, are, to quote a friend, “like birth pangs”, necessary pressures towards the release ritual which is that night about the privileges of freedom. Some bigger bangs, grander goals, are worth the efforts, and so is, let’s hope  this Presidential state visit. Means can sometimes justify the ends.
Mainly to figure out where not to drive this week, and when and how to pick up my mother’s extensive Seder shopping lists, I carefully scanned the presidential itinerary . It’s on every Israel news homepage, (tweets from the White House on ha’aretz masthead along with a official vid featuring Ben Rhodes explaining the trip’s goals.). Helpful. And a fascinating study in the art and price of public ritual.
Much has already been noted about the fact that the only (so-called) religious site that Obama will visit is the Church of Nativity in Bethlehem. No Western Wall or Golden Dome. Handshakes, photo-ops, wreaths, speeches: The rituals of this visit are carefully orchestrated to be mainly political, cultural, and civic. perhaps deemed safer to leave hard core religious ritual out of it. At least the Arab-Jewish ones, I guess. His only prayer will be private, all his own. sort of.
There’s enough religious zeal in the air as is. cinder box, anyone? Very American separation of church and state.
Because rituals really do matter. All of them.
Presidential gestures or religious rites – they really do mean something when we actually focus on what they represent even when we’re cynical or jaded. What flower will be placed, and where; Who will recite the four questions, and how. Rituals magnify the meaning of our most sacred, simple values , and we screech, sometimes not even knowing it, when they go off the rails of our expectations and familiar frames. its always very specific.
The risk of rituals is that at best they’re very real. and real can be dangerously honest and raw.
Which is why we sometimes opt for not so real – auto pilot, refined, safer rites. Which is why, perhaps, Obama won’t visit the religious sites or speak his mind, and why so many of us will not really talk about freedom at our Seders, and won’t  say the real things we want to really say to each around the table at the political or pascal feast, and avoid the real and fake the rituals by route- but know it, and play along, and yearn, if we remember to, for when it’s real and juicy and felt and alive with tissues and all no matter how messy. You know – we know when ritual really works to move us closer to the truth.
At best it does and I hope it will these days ahead. Even just a little bit. and hopefully more.  When they really work- rituals change reality.
I trust there will be moments of magnificent meaning, wows,  within these upcoming different but somehow similar rituals, because of and despite of, the  carefully planned and choregprahed, top security, kosher for passover detail oriented ritualism up ahead. Not always when we expect them.
That’s where  Torah comes in.  Torah not as law – but as ritual. This  week’s text, Tzav, like so much of Leviticus, is about the many minute details of the Hebraic ritual machine. The laws of uniform, construction, sacrifice and constant burning on the altar (ego) is a perpetual sacred system – every detail matters to the very success of the human enterprise – the constant connection to the mystery. Without this connection the world goes unplugged. All this Torah OCD ritual minutia makes sense when we get this ancient mindset. The word that is used to describe this overall legal system is ‘Torah’. Usually Torah means ‘Law’ or ‘The Law’ – but in the context of the temple service the NJPS translation always chooses to translate it as ‘Ritual’, such as: “Command Aaron and his sons: This is the ritual (Torah) of the burnt offering…”  Lev 6:2
Rituals matter because they connect us to the bigger picture, symbols of the mystery we sometimes need to be reminded of, reconnected to. The pope in Rome, the president in Jerusalem and Ramallah, each of us around a Seder table, making gestures that, like simple sacred sacrifices, break or make the world.  Hopefully all the details are worth it, adding up to a much needed recharged reality, new and improved.
Anyway. welcome Mr president. We’re glad you’re here.
Next Year in Jerusalem? Maybe.
Shabbat Shalom – and a meaningful, delicious Passover. Let Freedom ring.