amichaiJanuary 9, 2017generalComments are off for this post
Santo Domingo/Day One
1/9/17
When Jenny, a Dominican citizen and community activist, went to get her Government ID reissued recently in Santo Domingo, she was told to brush her ‘kinky’ hair to look more European and lady-like – or she will not get her ID. This, she told us, was just one, and almost comical, aspect of the hostile and some say racist tone that is increasingly responsible for so many of the discriminatory policies that make the lives of Dominicans on the margins and esp. of Haitian Descent (AKA – black or bi-racial) so difficult and troubling.
I arrived here in Santo Domingo, the capitol of the Dominican Republic, yesterday, honored to be a member of AJWS‘s  Global Justice Fellowship, with distinguished Jewish clergy from all over the US, some of whom good friends and mentors, led by the tireless and inspiring Ruth Messinger.
With the benefits of a global economy comes global responsibility, and we’re here to see first hand what AJWS is doing on the ground, what we can learn about local activism in the face of problematic government policies that jeopardize human and civic rights – and what of this we can, and likely need to, take back home to the US.
We didn’t think that this is what would be on our minds when this journey was planned many months ago but here we are, carefully comparing notes between history and current events, here and there and everywhere.  For the record – showing up in a foreign land and criticizing its complex reality is not a virtue I aspire to but the detail oriented and carefully prepared agenda by the AJWS team sets up up for as careful and critical an observation as possible.
We met Jenny this morning,  along with her colleagues from MUDHA, THE WOMEN DOMINICO-HAITIANS MOVEMENT, founded in 1983 by  a group of Dominican women of Haitian descent living in the bateyes (marginalized poor communities) in the country, committed to  improve the living conditions of these vulnerable communities, especially for women and children, while implementing human development programs including health programs, legal assistance, and human rights.”
After we met with Jenn 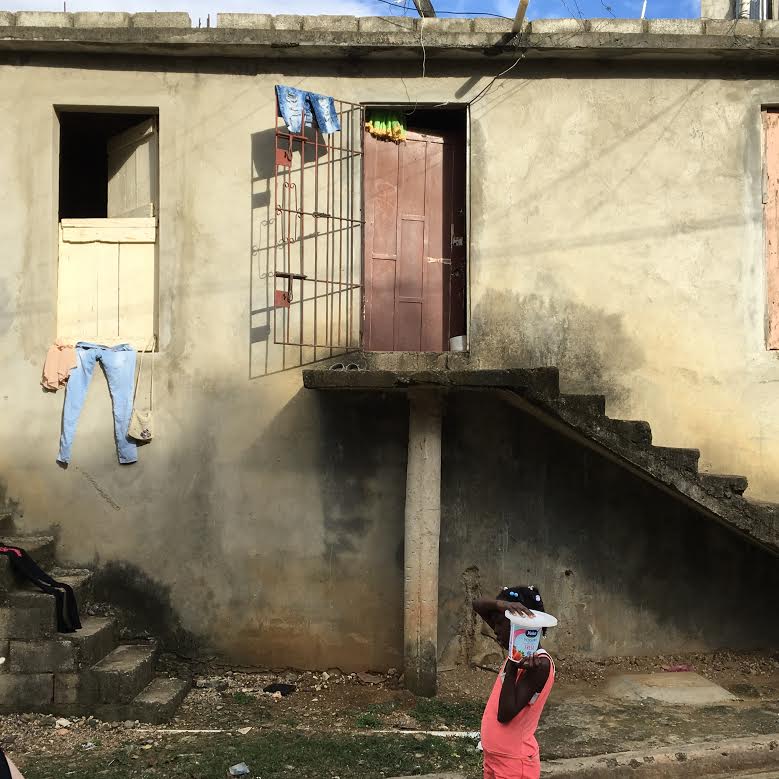 y and her colleagues downtown we drove through the beautiful beach town on our way to Palmarejo Batey, the former sugar mill/plantation now still populated with thousands of Dominicans and Dominicans of Haitian descent – in varying degrees of terrible poverty. We meet in a school supported by MUDHA and AJWS to meet the students, hear about their dreams, count our blessings, commit in some way to help towards theirs.
This is not a charity trip nor slum dog tourism. We are here to learn how over centuries a complex conflict between people and nations, fueled by economic need and greed, political power, humanity at its baseness, turned this luscious island into a tourism destination for some and a literal prison for so many others.
Since 2010 the Dominican Government has issued a series of laws based in a new constitution that strips those of Haitian descent of the right to citizenship. This is a democracy. For many thousands living here, some documented, some not and so called ‘stateless’ – it simply means that they don’t know if they are still citizens. Without the ID there can be no school, work, health care, bank account or even cellphone purchase.
In some ways this IS slavery – continued. The government gets to have very cheap labor from Haiti, deport the workers, get new ones, and not have to provide them with the citizenship and its benefits. While this country thrives and more hotels are built for more wealthy tourists – the Haitians and some of  those who immigrated here generations ago are living way way below poverty line and are at constant risk of depression. Last year 40,000 were deported and 60,000 fled.
This can happen anywhere. 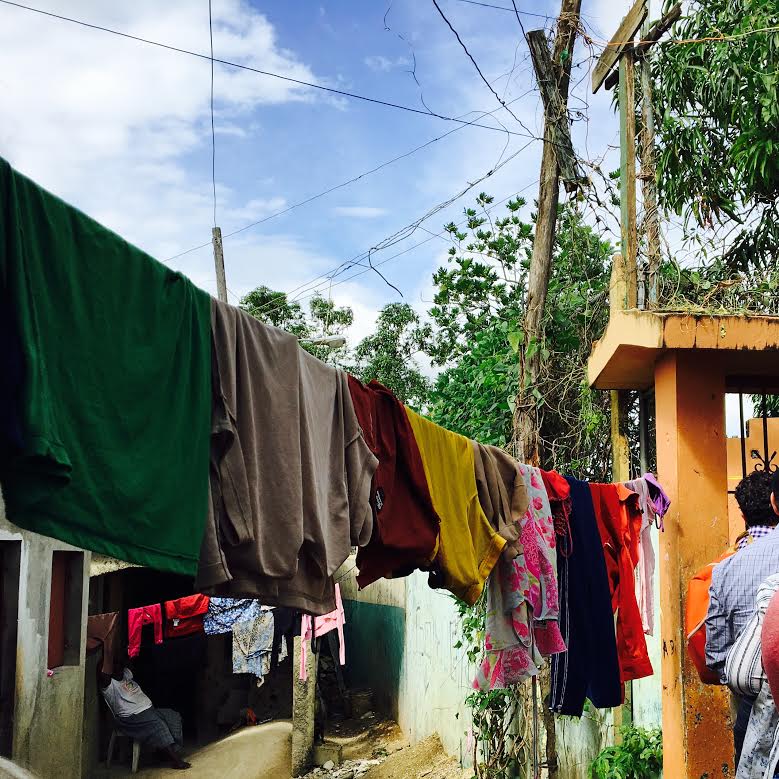 What gives you hope – I asked our interpreter. Hate Watch’ she said.
I must have looked puzzled so she explained: I sit down to watch one of the TV shows that I know I will love to hate, and I bring popcorn and a  friend. House Hunters is a favorite – watching rich people fight over millions of dollars worth homes because the kitchen is too small.. So I hate for a night, and then I let it out of my system and focus on happy.
Also, I dance. She offered to take me and whoever wants..
Maybe tomorrow.